Here Lived a Woman Who Went Seeking Herself and Found Love

This installation continues my ongoing exploration of the inter-dependencies between the public sphere and the domestic one, the link between them and the reversal of roles occurring between them today. The source of inspiration for the work are partially destroyed apartment buildings that can be seen in the public space. This partial demolition exposed the inner walls which served until then as the intimate and exclusively private domain of the inhabitants to the public eye. I’ve been photographing such walls for a number of years now and these images were my starting point for the installation.

The work is installed on a 15 meter long wall which I divided into several parts each representing a wall that survived the demolition. The wall carries traces and markings of the things that used to be on it. The work was carried out in a neighborhood built during the 50’s and 60’s in Haifa, Israel, therefore I chose to use furniture and materials typical of apartments built in this area and time.

As in the work itself, the installation’s name also encapsulates the conflict between the public and the personal. The name recalls commemorative plaques mounted on houses in honor of famous people, mostly men, who used to live in them. The plaques detail their achievements and actions in the world. In contrast, the installation’s name commemorates a woman, and is about who she was rather than what she has achieved. 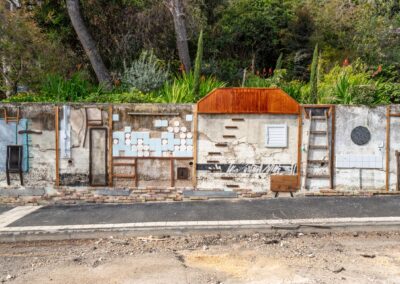 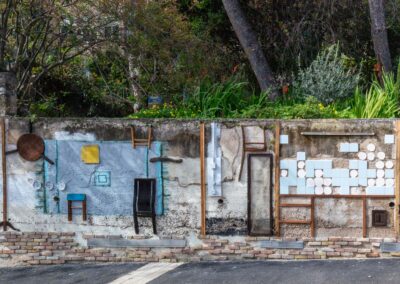 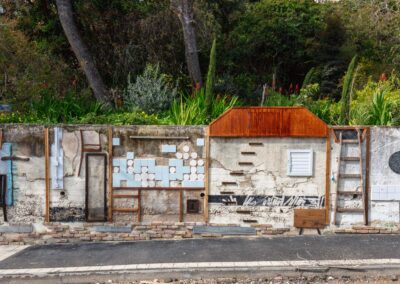 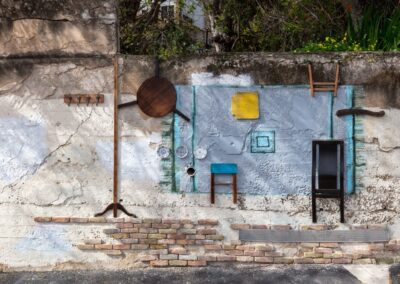 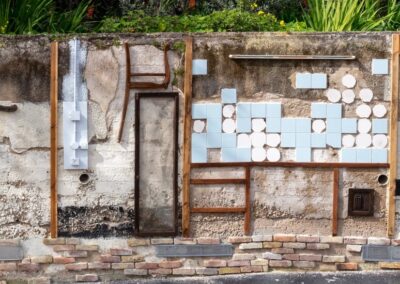 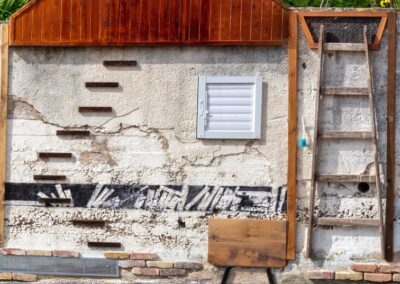 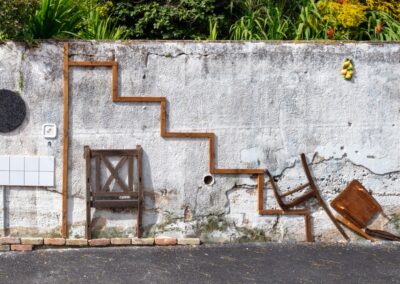 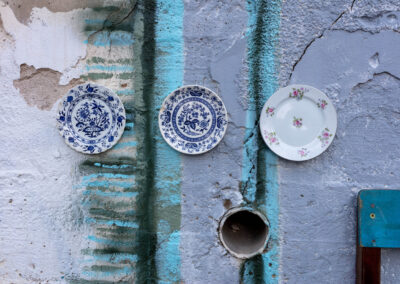